Combined heat and power plant in Kempen Hospital to be renewed 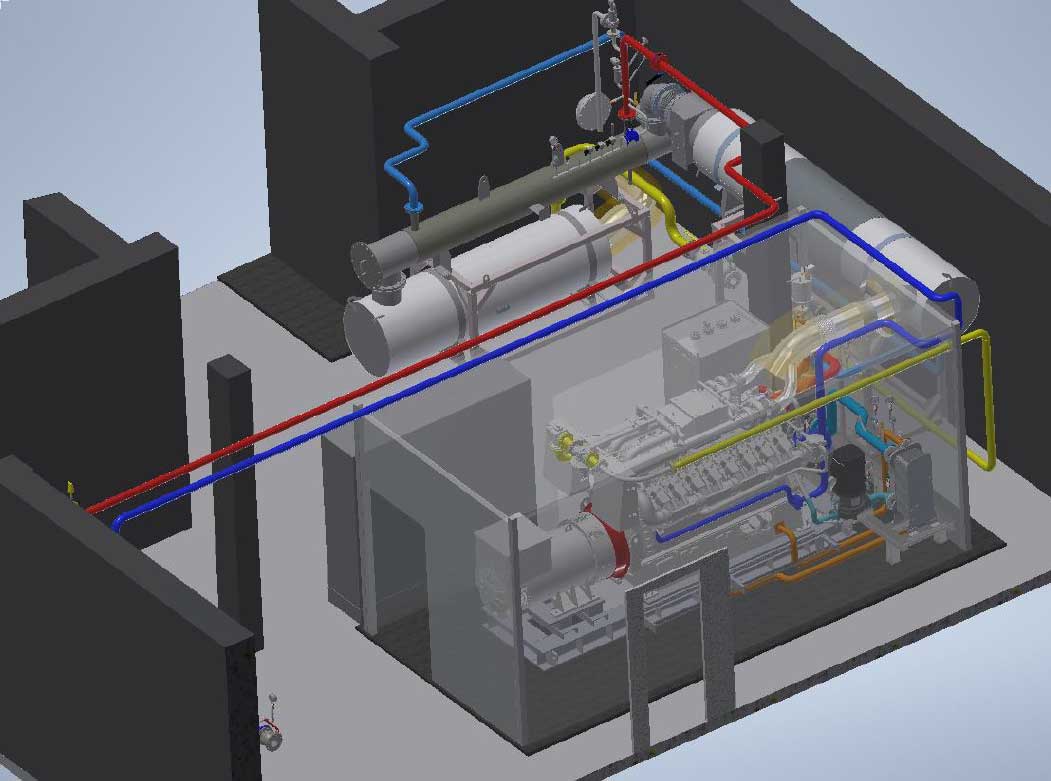 Stadtwerke Kempen is renewing the combined heat and power plant at the hospital in Kempen and will be using rich burn (Lambda-1) engines in the future.

"It is with deep regret" that Rüdiger Leibauer, Head of Energy Production at Stadtwerke Kempen, and his team at the Kempen CHP plant expressed the loss of a faithful companion in an ironically written obituary in the summer of 2020: The CHP unit at Kempen Hospital had to be decommissioned after almost exactly 22 years of operation with exactly 155,636 operating hours. The CHP plant had been a model of reliability right up to the end, according to the CHP team, and had saved 30,000 tons of CO2 through the combined generation of 93 million kWh of electricity and 144 million kWh of heat.

The plant, which has an electrical output of just under 600 kW, is now to be completely renewed. In this project, the municipal utilities are paying particular attention to exhaust gas emissions, which are to comply with the values of the new 44th BImSchV (Federal Immission Control Act) from the time of commissioning.

Since the space available at the site is very limited and there is therefore no room for an SCR exhaust gas cleaning system, there were many arguments in favor of replacing the proven Waukesha P48GLD lean-burn engine with an almost identical rich-burn engine P48GSID with lambda-1 combustion. Thanks to this technology, the stricter emission limits can be easily met with the aid of a space-saving 3-way catalytic converter, without consumption and logistics costs for urea (AdBlue).

Another advantage is that no external cooler for the intercooler heat is required at the return temperatures of max. 60 °C. This would not have been possible at all due to stringent sound insulation requirements at the hospital site. Due to the complete use of the intercooler heat and other efficiency advantages of the Lambda-1 engine, the overall efficiency of the new system will be a good 92%. "Even more would have been possible with a second exhaust gas heat exchanger," says S&L project manager Bernd Haasken, "but this is not feasible due to the limited space available."

The new Waukesha engine has already left the manufacturing plant in North America and will first make the journey to the packager ETW in Moers. From there, the completed unit will be transported to neighboring Kempen in May and installed in the hospital's boiler room.

Completion of the project is expected at the end of June. Then the story of environmentally friendly electricity and heat generation at the hospital in Kempen will continue and kilotons of CO2 will continue to be saved. In addition, emissions of nitrogen oxides, carbon monoxide, formaldehyde and methane will be reduced by up to 90%.